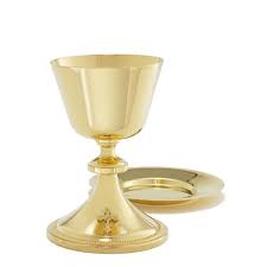 SUNG EUCHARIST according to the Scottish Liturgy (1929)

​
'Eucharist’ means ‘thanksgiving’. This is just one of the names for the principal liturgy of the Christian religion, also known as the Lord’s Supper, Holy Communion and Mass. The Scottish Episcopal Church’s liturgy for the Eucharist dates from a period when the only church recognized by the state was the Presbyterian Church of Scotland, and it was illegal to celebrate communion in this way.  Though based on the Book of Common Prayer of the Church of England, the Scottish Liturgy of 1764 retained elements that had proved very controversial in the reign of Charles I, and were changed in later versions of the English prayerbook.
A lightly revised version of the liturgy that King Charles knew was approved in 1929. It retains the beautiful Elizabethan language that  modern versions of the liturgy have largely abandoned. St Vincent’s Chapel is highly unusual in continuing to use the ancient Scottish Liturgy on most Sundays. In the ‘sung’ version, certain parts are intoned by the priest and other parts by a choir, or by the congregation as a whole, interspersed with hymns for everyone to sing. In this service -- which will open the Edinburgh Festival of Sacred Arts -- the choir will sing music from the 16th and the 20th centuries.
Everyone is welcome to attend this opening Sung Eucharist. The Scottish Episcopal Church practices ‘Eucharistic hospitality’, which means that all baptized Christians are welcome to receive the sacrament of holy communion. Those who do not take communion are invited to come to the altar for a blessing.