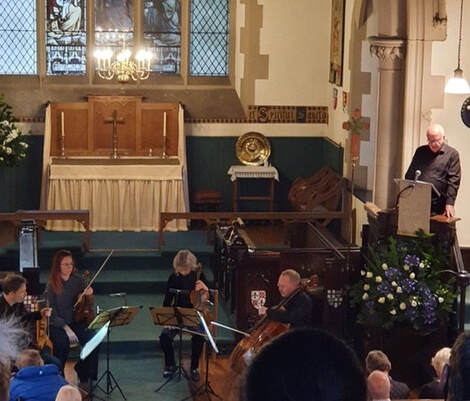 The Edinburgh Quartet. Haydn's Seven Last Words from the Cross
interspersed with poetry
Review from the Edinburgh Guide. ‘The Seven Last Words of Our Saviour on the Cross’ comprises seven sonatas between an introductory movement and the closing ‘Earthquake’ section. Each sonata was originally intended to accompany otherwise silent periods of reflection following each of the seven sermons in the church’s Good Friday liturgy. In turn, each of the sermons would have focused on one of the seven ‘last words’ that the Bible reports were uttered by Christ during the very last moments of his earthly life.  We have heard the Edinburgh Quartet perform Haydn’s celebrated masterpiece at the Fringe before, and here again the recital was accomplished. Similarly, in place of the ‘sermons’, poetry was again read – but this year the selection made all the difference, with each piece having an overtly Passiontide theme. The result was transformative: a liturgical experience rather than pure performance, the poems and the sonatas complimenting each other beautifully, and more authentic to the context in which Haydn’s work would have been originally performed. Each poem concluded with the reader announcing the ‘Word’ that was the inspiration for the following sonata, and this signposting helped give structure to a recital that can otherwise seem to appear as a lengthy compendium of separate musical works. For some, the absence of audio speakers in the gallery meant that there was a little difficulty in hearing a couple of the items of spoken word. Nonetheless, the vibrancy and colour of the music was astounding. 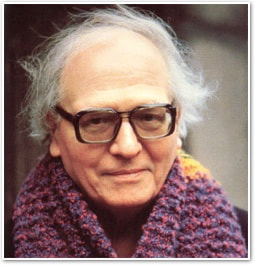 ​Olivier Messiaen's
Quartet for the End of Time
Calum Robertson, Director and Clarinet

Olivier Messiaen’s Quartet for the End of Time, for clarinet, violin, cello and piano was written when Messiaen was a prisoner of war in German captivity and first performed in 1941 by fellow prisoners.  Inspired by verses from the Book of Revelation, it is widely regarded as one of Messiaen’s most important works. 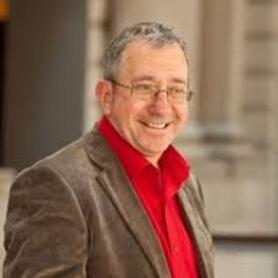 "The Art of Hymns"
​John P. Kitchen MBE
Edinburgh City Organist
Review from the Edinburgh Guide.  A humorous and engaging hour exploring the art of hymnody with Dr John Kitchen MBE. Using six examples for illustration and structure, Dr Kitchen uncovered some of the less famous facts about familiar hymns, to give us a taste of the more complex history that has underpinned the processes of composition and compilation.
We began with the well-known ‘Veni Emmanuel’, the powerful and central hymn associated with Advent. It was a lovely addition that throughout the afternoon, three or so verses from each of the hymns were sung by an SATB quartet from Old St. Paul’s, and these were proficiently performed. Many will have learned something new in realizing that the ‘Bach’ Chorale tunes of our hymnals were not actually original to him, but that he had instead subsequently provided the (often elaborate) choir harmonies; we heard ‘The Lord ascended up on high’ as a concrete example of this.
Further on in the hour, we were told how Vaughan Williams, compiler of the English Hymnal in 1906, banished ‘Sweet Sacrament Divine’ to his veritable ‘Chamber of Horrors’! It was in ways like this that Dr Kitchen’s amusing and personable delivery gripped our attention – the anecdotes which peppered the talk were thoroughly entertaining, and charmed and held the audience throughout. 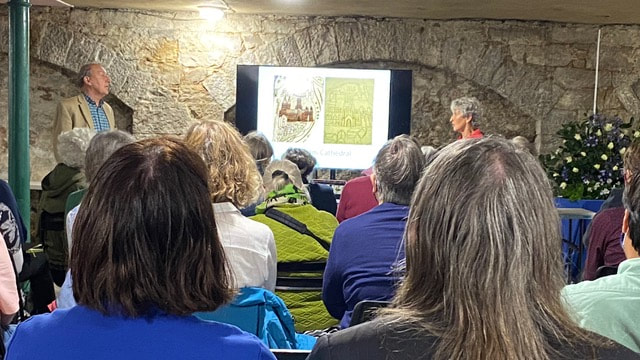 The exquisite work embodied in fabrics used for the adornment of church worship is rarely acknowledged for the great art that it is. This exhibition will highlight the beauty and artistry to be found in the unusually fine collection of vestments and hangings that St Vincent's Chapel Stockbridge possesses.

1.15 -2.15pm      ​LUNCHTIME TALK               Zoe van Zwanenberg  The Art of Embroidery
Review from the Edinburgh Guide          Led by Tracy A Franklin, a team of Broderers with Durham Cathedral have been industriously working through Covid to produce a brand new vestment. The cope, a cloak-like garment traditionally worn for church services, has been patterned on scenes reflecting the life of St Cuthbert, whose shrine lies within the Cathedral. When finished, the cope will eventually be displayed within the Cathedral’s new ‘Open Treasure’ exhibition. Zoe van Zwanenberg, one of the team involved, gave a fascinating and highly sophisticated talk describing the process of making the item. Settled in the Undercroft of St Vincent’s Chapel, we were shown an array of slides taking us right through the process. From a sample of the sixteen sections needed, we first saw the images that inspired each panel. These then had to be translated into a design to make.

A time for Q&A followed the talk. We learned that one of the simpler panels was estimated to have taken 275 hours to complete. For all the stitchers involved, although spread across the country, it was yet a coming together for a common commitment; for some, a journey of meditation and contemplation too. The stitchers kept in contact through social media, and were able to share updates on the progress for the panels they were making. This was a distinctly technical and unusual Fringe event – but it clearly attracted a niche group of people who might otherwise not have been reached. 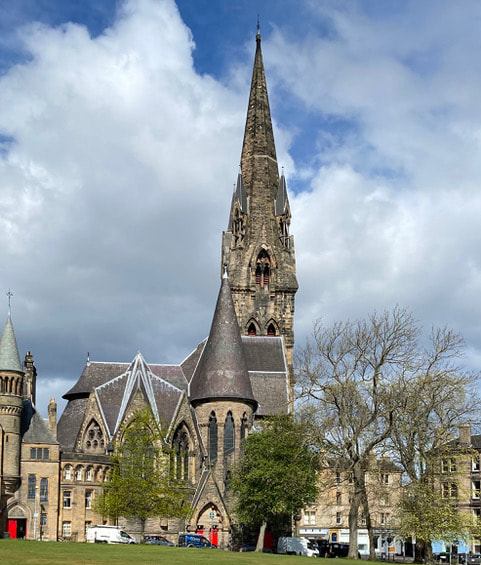 Faith and Art in Edinburgh's Church Architecture
Review from the Edinburgh Guide. Also entitled ‘Theology in Stone’, this talk explored the sheer richness of the inheritance of church architecture in Edinburgh. Led by Professor Gordon Graham, there were accompanying slides with pictures of the churches by Barnaby Miln, whose ‘Seeing the Sacred through the Artist’s Eye’ photographic exhibition ran alongside this event. Professor Graham began by detailing the historical legacy – Edinburgh’s gallery of churches, from the twelfth century Duddingston Kirk, through the famous city centre churches, right up to more modern twentieth century buildings. A particular focus in the afternoon was the nineteenth century ‘extravaganza’ – a period of about 40 years when there appeared to be an amazing burst of church building underway. Within this brief window of time, twelve churches, for instance, are to be encountered along the 1.3 mile stretch from Morningside to Bruntsfield.
There was something in this for everyone. As the talk focused on landmark churches around the city, not only those intrigued by faith and the arts, but also the Edinburgh tourist or Fringe visitor would have found this of interest. An informative and accessible event, yet which left us with something deeper to ponder." 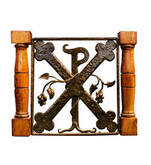 12.30-3pm Photographic Exhibition
SEEING THE SACRED THROUGH THE ARTIST'S EYE
A series of 24 edited photographs by Barnaby Miln capturing aspects of furnishings, fabrics and features in St Vincent's Chapel that easily escape the visitor's eye. The cumulative effect highlights the exquisite sacred art embodied in the details of this acclaimed neo-Gothic church. 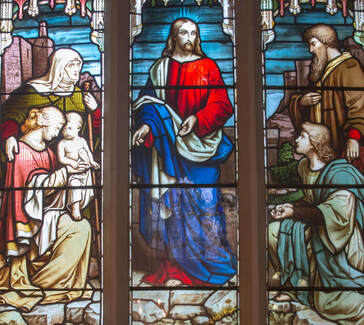 Robert Scott Lauder (1803-69) was an Edinburgh artist and founding member of the Royal Scottish Academy whose painting Christ Teacheth Humility was one of the first purchases of the newly established National Gallery of Scotland. It provided the image that was used for the impressive East Window in St Vincent's Chapel. The painting is currently being restored, and this talk will explore its history and importance. 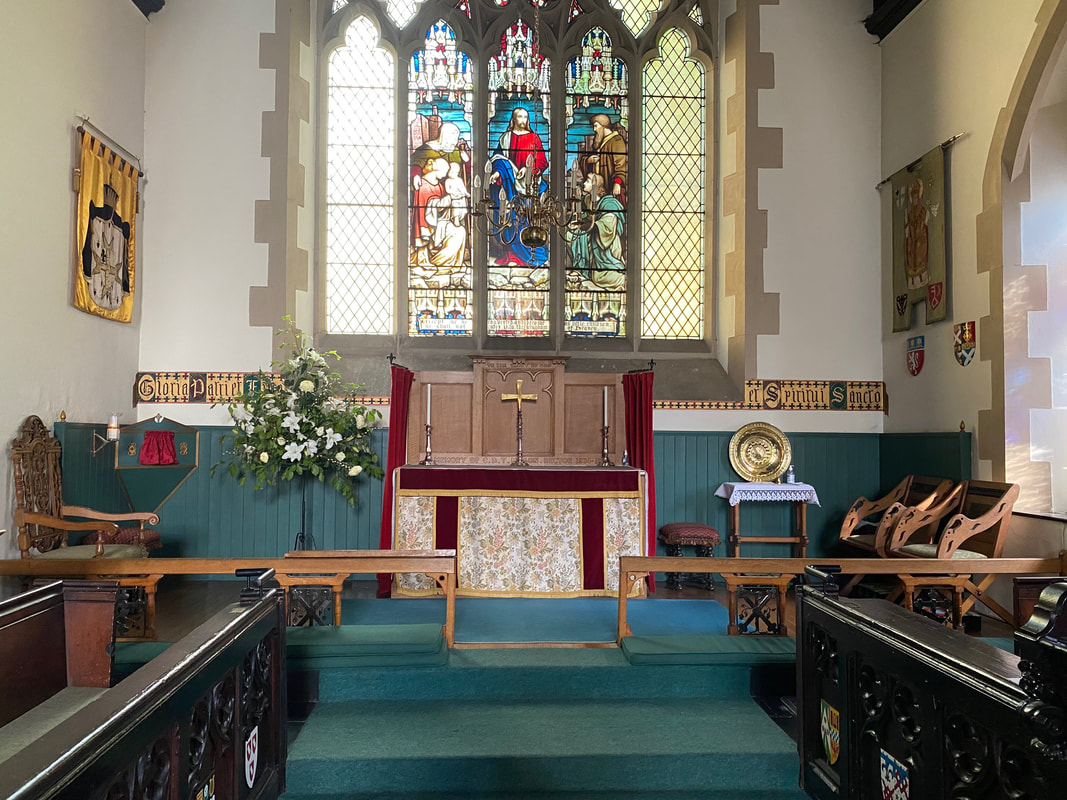 The Edinburgh Festival of the Sacred Arts gratefully acknowledges financial support for the 2021 Festival from
The Binks Trust
​The William Syson Foundation
St Vincent's Chapel, Stockbridge
The Episcopal Diocese of Edinburgh
The Edinburgh Sacred Arts Foundation